It’s October 6th, an uneventful day for most people, but Hatter Day for those of us in the know.  You could also celebrate this on June 10th, if you come from the part of the world where numbers work in mysterious ways (10/6 to you, too). The important point is to not mistake it with the other 364 days of the year, Hatter’s Unbirthdays, which are also fun, but not really momentous.

The challenge this special day creates is deciding which of the Hatters is our favorite.

I mean, you can go old school, and no one could argue with you.  Check out that tie, after all. 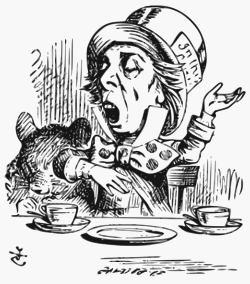 But it’s hard to replace the Disney animated version, the one nearest our hearts.

Unless it’s the Disney un-animated version, Johnny Depp, who will be getting another shot at the capped manic in an Alice sequel.

But then, you can’t leave out Jefferson, the crazy stalker up the hill in Storybrooke, even if he loses his hat in season 1 and mopes about for the rest of the series. 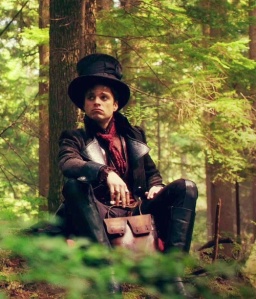 Don’t think we can’t go sexier, however.  Did you see the hat trick Andrew Lee Potts pulled off in the Alice miniseries?

And then, there was Anthony Newley.  Granted, not so sexy, but very, very mad.

Unless you compare him to Martin Short, who looks shockingly like the original.  Time travel? 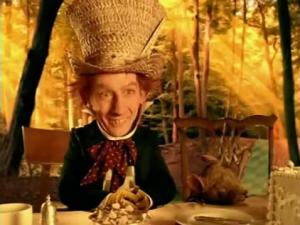 Unlike the 90’s Disney Channel version.  I… don’t know how to defend that jacket.

And that’s not even including the manga versions, like this hunky villain in Heart no Kuni no Alice.  (This is a bad shot, trust me.  You should read the books instead.)

Then I would have to consider When Insanity Meets Curiosity’s Reginald.  *sigh*

There’s simply too many to pick one!

What do you think?  Did I leave your favorite out?