More movie posters have been released for The Movie, with some character descriptions.  Since I predicted the story arc of Frozen so well, I’m going to see if my psychic abilities hold.

Officially: Maleficent benevolently protects her home—the forest kingdom over which she presides—and all the creatures that dwell there, but a harsh betrayal turns Maleficent’s pure heart stone cold.

Actually: Maleficent is the bad-ass cousin of the druidess Morgaine.  She could have been a kindly forest goddess, but – pshht, she’s Angelina Jolie, so she can do whatever she wants.

Officially: Princess Aurora is a curious and thoughtful child who develops a bond with nature that rivals only Maleficent’s. But as she grows, Aurora is caught in the middle of the seething conflict between the forest kingdom she has grown to love and the human kingdom that holds her legacy.

Actually:  Elle Fanning is cute, and Disney knew you’d get that feeling you recognize her from somewhere. She’ll probably do more than sleep through the movie, since The Company is on this “empowered princess” kick right now.  This is also her coming-of-age story, and like the rest of us, she’s got a girl-crush on Angelina Jolie. 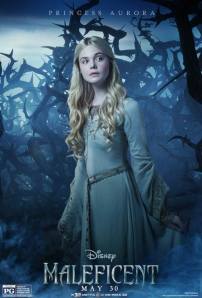 Officially: Stefan is a childhood friend of Maleficent’s who comes from the human kingdom outside of the forest Maleficent calls home. Over time Stefan becomes consumed with his ambition to be King and will stop at nothing to achieve his goal.

Also known as:  King of the Douchebags. 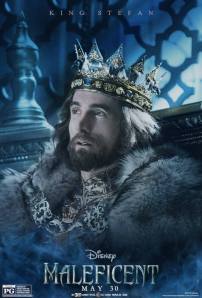 Officially: Diaval is Maleficent’s loyal servant, who, on her command, can take on different forms to suit her purposes. He serves as Maleficent’s conscience and has strong beliefs, which he is not afraid to act upon.

Actually: Everyone’s Favorite Villain.   The actor, Sam Riley, is a sulky, black-haired guy from Leeds.  He’s also been relatively absent from promos until now, but expect a huge cult following to blossom around this dark horse. 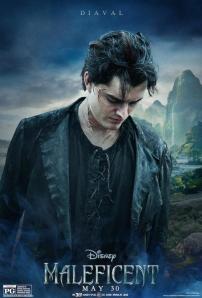 Officially: The three inept Flower Pixies are charged with caring for Aurora until her sixteenth birthday. KNOTGRASS is a tangled knot of bad humor, bossy and a superior to the other two Pixies. FLITTLE is a blue Flower Pixie. She always has butterflies flying around her head. THISTLEWIT, the youngest of the Pixies, is always giddy, playful and childlike. 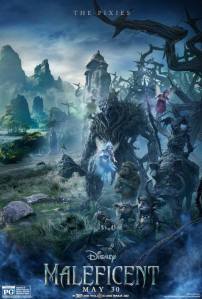